Initiatives like the Australia Canada Economic Leaders Forum highlight the benefits of open-minded, cross-border collaboration. They are also a powerful reminder that many of the underlying problems facing governments and societies are similar, even if the local political and cultural contexts are different.
With this in mind, we share below our perspectives on various current themes. 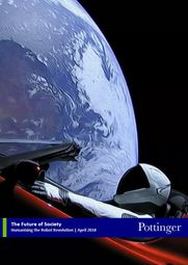 AI and The Future Of Society
Ongoing advances in automation and AI will result in many of today’s jobs being replaced by machines. Though some hope that new jobs will emerge to replace those that are lost, the evidence of history is that this will not happen anything like rapidly enough. In The Future of Society, we look beyond the existing qualitative discussion of issues related to the future of work, providing a framework for quantifying how far and fast these changes will unfold, how governments, regions and companies can respond.

New Models for Infrastructure Delivery
Models for funding, financing and delivering major infrastructure projects continue to evolve. All too often, commentators and advisors over-simplify the analysis, overlooking what may be the best options as a result. In our Building Australia white paper, we strip away the packaging to look the foundational elements on which practical, innovative structures can be built, to help interested stakeholders move beyond a binary choice between government delivery and vanilla PPPs.  Click the image for the summary, or visit this link for the full white paper. 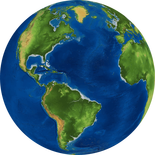 The Day The War Began: Opportunities triggered by Trump's war on everyone
Over the last few months, America has unveiled foreign policies which seek to shut down cross-border trade on grounds of national security (described by Canada as “insulting”), and which have attacked many of the country’s traditional allies, including Australia, Canada and the EU.  Though these developments create new foreign policy challenges, they also imply a raft of new opportunities for countries and companies who are prepared to make the right investments. The Day the War Began distils our thoughts from last week’s APEC China CEO Forum in Beijing.

The Accidental Circumnavigation of Sark: the importance of long term thinking in a short term world.
The faster the pace of change, harder it becomes to have confidence that your policy or strategy will stand the test of time. To address this challenge, we advocate focusing first on choosing the right longer term objectives. These are frequently easier to set, even in industries where technological or other change is rapid, as we explore in The Accidental Circumnavigation of Sark. For a longer read, see our co-founder Nigel Lake’s book The Long Term Starts Tomorrow.